The following steps were taken to deploy a Node server app and a React client app onto Heroku, both written in TypeScript: 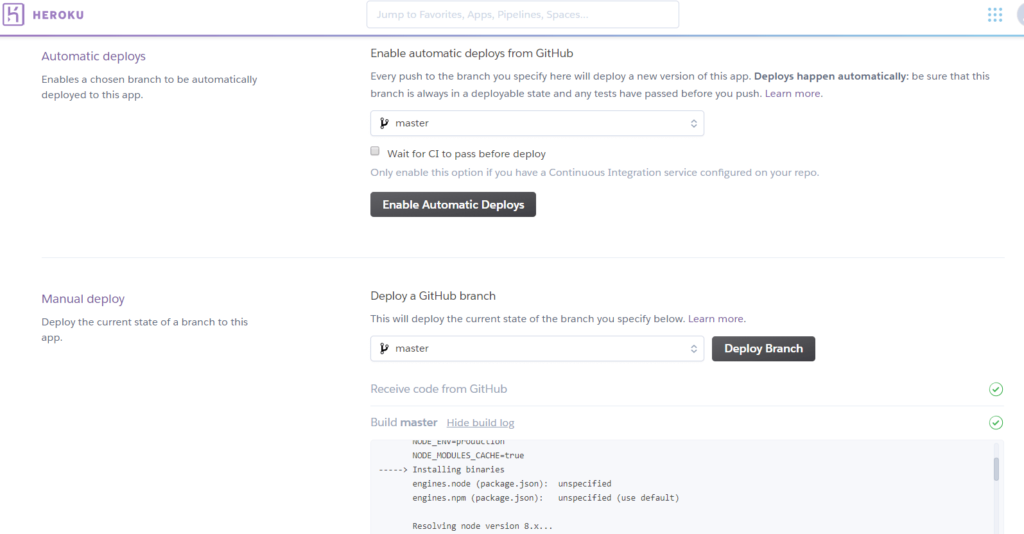 This will install all node package as specified in package.json and try and run your app.

To fix the issue, update the server this way:

You will now get a message like this from the Heroku logs after redeploying:

Note that this is NOT the port to access your app from a browser or Postman. You should use the normal URL (without specifying a port so it will use the default port 80):

Create runtime environment variables on Heroku as required for things like connecting to the database, API keys, etc. 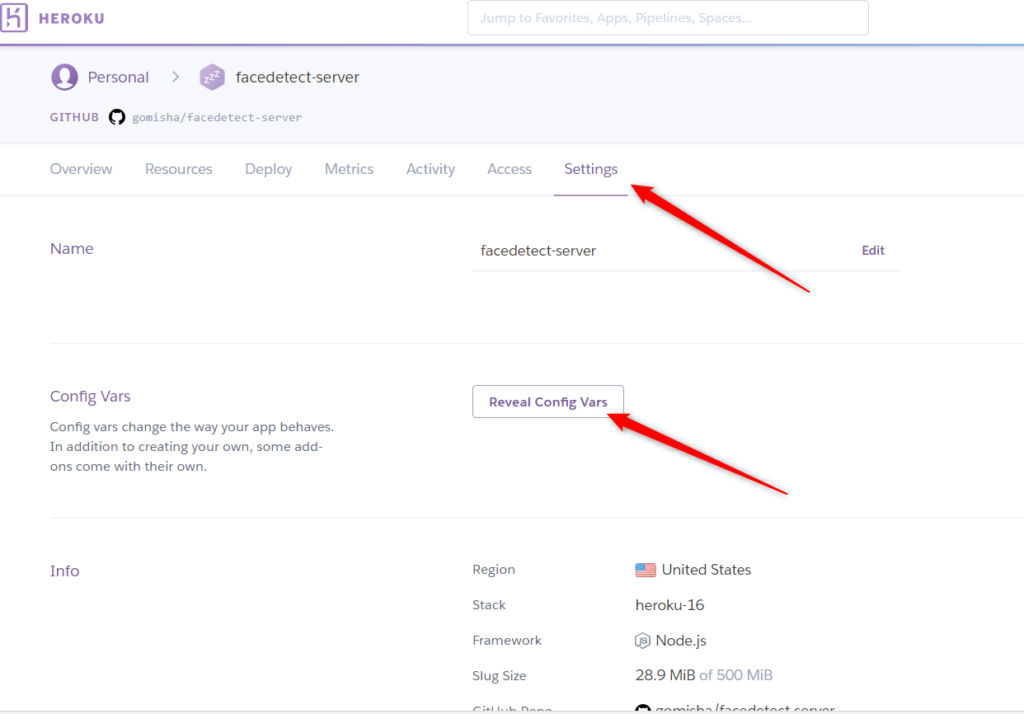 The variables can then be accessed in your app like this (assuming there’s an environment variable called FD_CLARIFAI_KEY):

Setting the environment variables locally on my Windows machine, I just run a batch file which contains this:

Getting an error message of Module not found: Can’t resolve… means there is a letter casing issue. This is because Heroku is run on Linux where folder casing matters but if you develop locally on Windows, folder casing isn’t an issue.

For React apps built with create-react-app, the following change needs to be made that’s different when deploying a server app:

Deploying a Node and Browser Typescript Project to Heroku

Setting the port for node.js server on Heroku (Stack Overflow)